One of the things I love about being a kinesiologist is helping my clients observe their behaviours, beliefs and thoughts.  Awareness being the key to change.   Until recently I hadn’t realised just how many people are creating the very thing they fear.

Client after client, no matter what they were working on, were sabotaging themselves from achieving their goals because inadvertently they were manifesting the very thing they feared happening.  This meant instead of the “fear” maybe happening they had created it to happen.

Evie* wanted to let go and be accepting, however she feared not being in control.  When we looked at this in depth because she couldn’t let go it caused her additional work.  This caused her frustration and resulted in her loosing her temper – she lost control.  So not letting go ultimately caused what she feared.

Why would people do this?

In all of the examples I have where clients were doing this, they actually weren’t aware they were doing it.  Many people are so busy in their days to days lives they don’t have (or make) the time for self awareness.  And many people when they are self aware don’t have the tools to shift or change their habit, belief and/or pattern.

What we focus on, consciously or unconsciously, is what we attract.  Even if what we are focusing on isn’t beneficial for us.

Defensive driving instructors advise that if you are in a car accident focus on where you want / need the car to go.  Do not look at the wall or tree that may be near.  The reasons for this is because your actions are more likely to support you in taking the car in the direction you are looking at.

So too in life, wherever we put our energy (which is what we think about, talk about and look at) will determine our actions and behaviours.  In all the examples I have people had been focusing on what they didn’t want to be instead of what actually could be.  As soon as they realised this it opened them up to different, and positive, possibilities.

Beliefs are one of the most powerful directive forces in our lives. They are generalisations that we have of ourselves and the world around us, which become the principles that we chose to live by.  Simplified, beliefs are what we consider to be true and therefore create and shape our reality – our map of the world which we consider to be real.

Beliefs are a self fulfilling prophecy.

What we believe creates an expectation of what is likely to happen, this influences our behaviours (as well as how we feel) and then creates the basis of what actions we do or don’t take. In turn the actions or activities that we are doing or not doing will be the result or outcome we achieve. 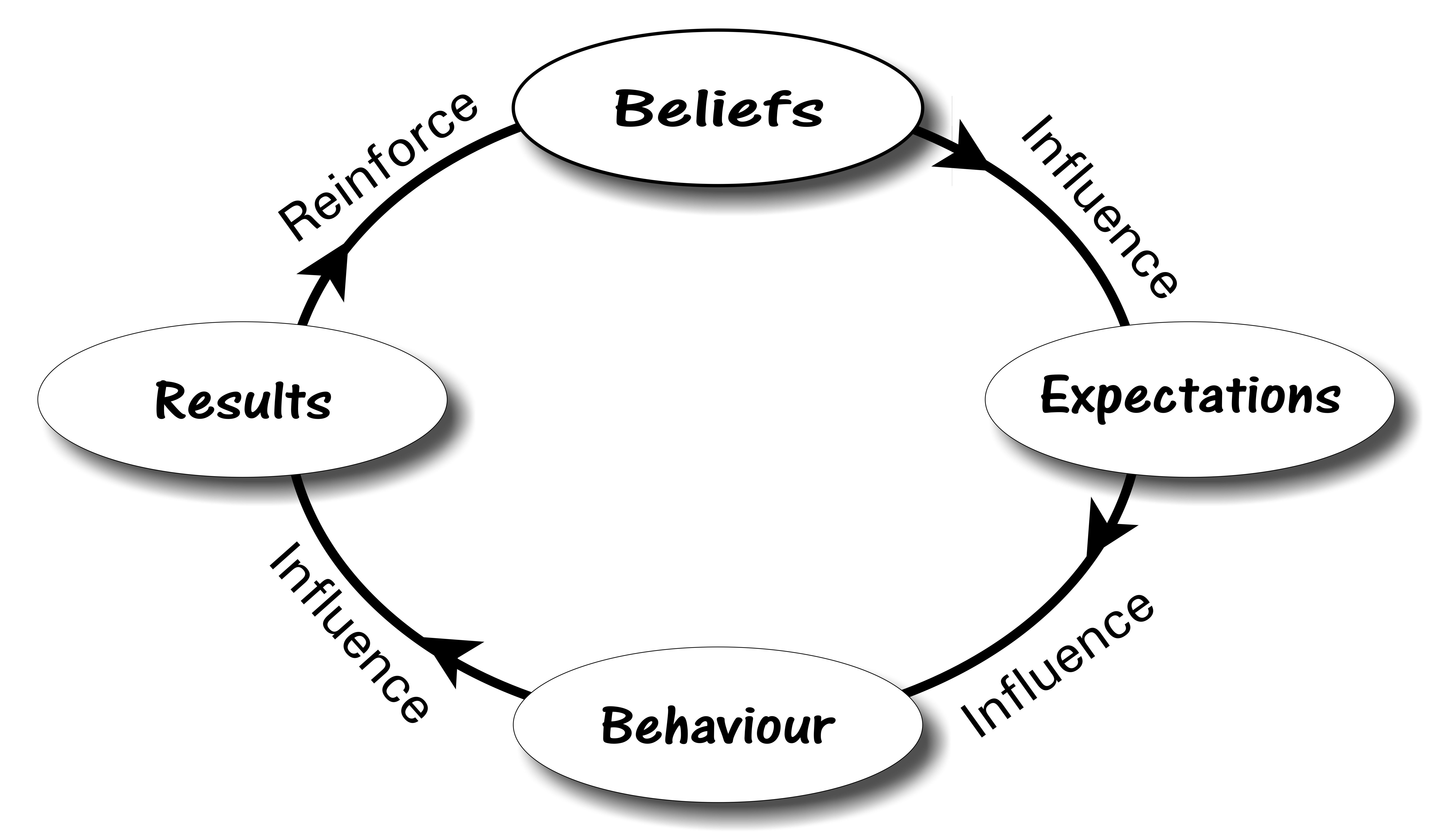 This means that if you want to change your results or your behaviours, you need be aware of your beliefs to ensure they support what you want to achieve and who you want to be.

Positive / empowering beliefs are permission slips for getting the outcomes you want.

Fear is programmed in our genetic coding from the time of our prehistoric relatives.  At a time when it was vital for them to respond effectively to physical and emotional dangers.  Our Prehistoric ancestors needed fear in order to protect themselves from legitimate threats.

In this day and age whilst threats exist, we no longer need to be on such high alert.  However without the reprogramming of the amygdala we still have a safe hold on this response.

When you do something you fear, you are in fact practising courage.  The more fearful things you do the more you train your brain not to let fear stop you.  It’s kind of like building a muscle, yet in this case you are building your courage muscle.

So each and every day do something you fear (which is safe and within reason).  Whilst it might not be the very thing you fear, it is inadvertently helping you to choose to act in the right way with any fear.

To change your focus you just need bring awareness to what you are placing your attention to.  This can be done by being mindful of how you are feeling.  If you aren’t feeling good then it is likely you are thinking about something which isn’t serving you.

You can also change your focus on a subject by considering:

Commonly it is thought that our beliefs have a hold on us when in fact we have a hold on them. The first step to changing beliefs is the desire to let them go.

Negative beliefs are any thoughts, feelings you have which don’t support you in getting what you want. These are the ones you want to dispel….I’ve just seen this word in such a different way DIS-SPEL which reminded me of this quote: 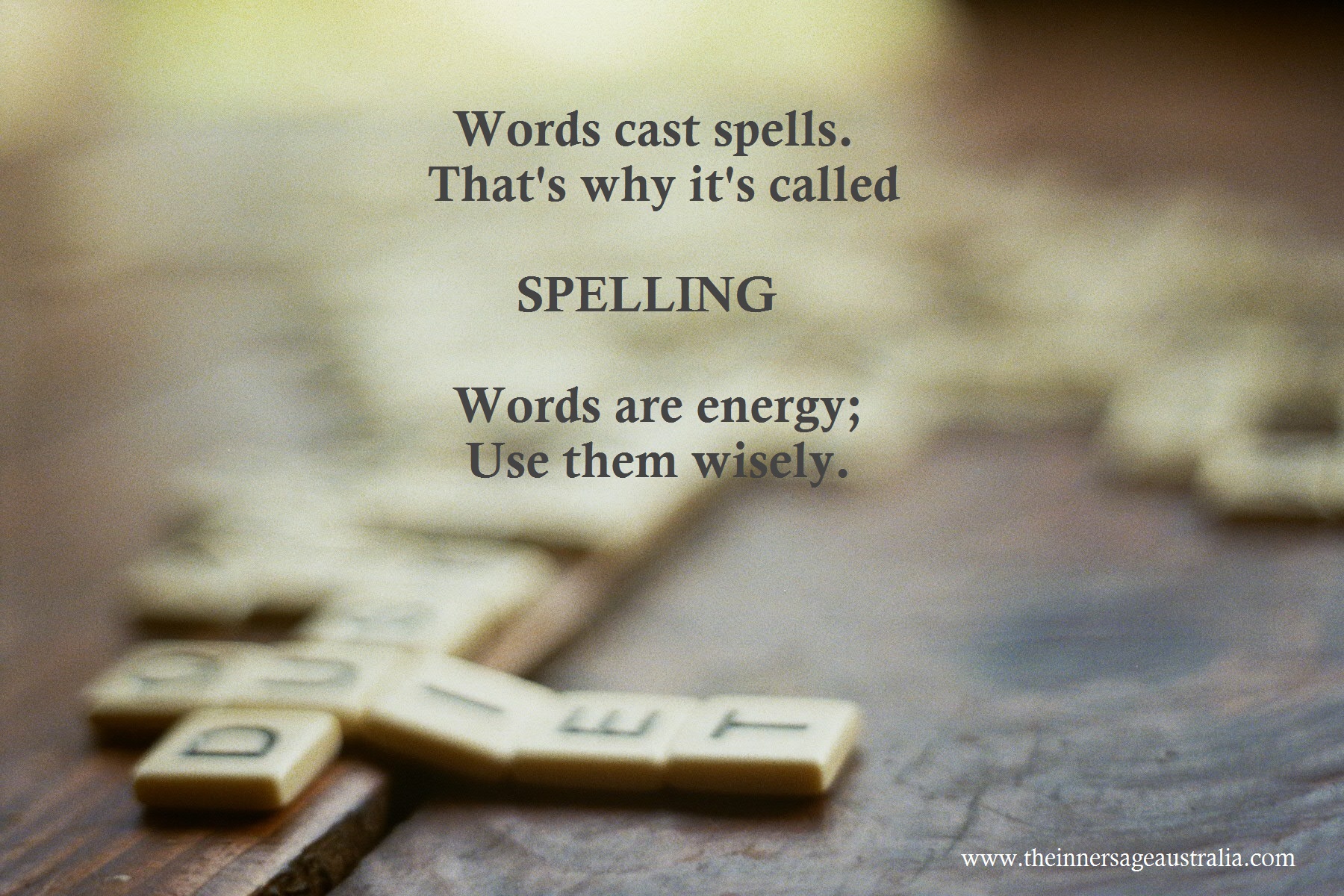 Consider the topic which you want to examine your beliefs about. Write down all your thoughts about that topic. You could also bring awareness to what you say to yourself about this topic and/or what do you say to others.

When / if you have any negative feelings arising when you think about or doing this topic, consider what you were thinking to cause that feeling.

Two negatives make a positive, so now is time to negate the negative!  The way in which you do this is to disturb the references that are supporting the beliefs.  To do this question your beliefs:

The pre-frontal cortex is the part of our brain which holds the key to our executive functions such as:  reasoning, problem solving, innovative, understanding and perception, impulsion,  creativity and perseverance.    Functions that help us think before we act.

The amygdala in fact is the opposite, it often cause emotive reactions.  However the pre-frontal cortex has dynamic inhibitory circuits which mute and still the amygdala.

Ways to strengthen the pre-frontal cortex are:

By being aware of habit this you can start living in the now.  When you live in the now you have an improved probability to creating what you really desire!

If you would like additional support to creating what you desire then consider an appointment with one of our skilled kinesiologists.  Use this link to schedule an appointment now:  http://www.theinnersageaustralia.com/appointments/

Lisa is an experienced specialist kinesiologist, with traditional and modern forms of Kinesiology training. Lisa is also highly intuitive in which she incorporates into her sessions. Some describe her as a modern day alchemist.

Her authenticity, passion, exuberance and energy for what she does, and for her clients, drives her support them to achieve their desired outcomes.
With over 20 years in management and even many more in developing her intuitive / healing skills, Lisa has a truly grounded approach to her sessions incorporating both Western and Eastern philosophies.

After many years in the corporate world, Lisa followed her passion to help others which gave birth to The Inner Sage Australia.

The Inner Sage Australia is reflective of her philosophy; that we all have the innate ability to heal and align ourselves; albeit at times we need support to do this.

Lisa is PKP Kinesiologist, Kinergetics, Neuro Energetic Kinesiology and Resonate Essences Practitioner. She has also trained in Life Coaching and is a Reiki Master.

Lisa's clinic is located in Sydney, Australia. She conducts sessions face to face as well as via Skype.